Viral Haemorrhagic Disease (VHD) is the lesser known and more recent of two viruses that are fatal to rabbits, the other being myxomatosis.

It is essential, where possible, to have pet rabbits vaccinated against both diseases.

The Vaccination must be given BEFORE the rabbit contracts the virus or comes into contact with other rabbits that may not be vaccinated.

Vaccinations are given to stimulate the rabbit, to produce antibodies which destroy viruses and bacteria in the rabbit's body.

In this way the rabbit will become immune to the disease.

As is the case with myxomatosis, VHD is a man made disease and was first reported in the UK in 1992.

The virus is spread by direct contact between rabbits and can also be passed by contact with infected surfaces such as hutches or the rabbit's bedding etc.

Both indoor and outdoor rabbits are at risk and the virus can also be passed on by humans after handling infected rabbits or from clothing such as shoes etc.

It is advisable to wash your hands after handling rabbits, if you are not sure whether the rabbit has been vaccinated or not. Such examples would be pet farms or pet shops.

Symptoms of Viral Haemorrhagic Disease include a fever, loss of appetite, lethargy, convulsions, bleeding from the nose and breathing difficulties, similar to some of the symptoms for myxomatosis.

Although not visible as a symptom, the rabbit may also suffer from internal bleeding.

This is a very rapid disease with the incubation period being 1 to 3 days and death usually occurring between one to two days, from the start of the fever.

Viral Haemorrhagic Disease originated in China where, at the time, large quantities of rabbit meat were being exported throughout the world.

VHD is a highly infectious disease. In the UK alone, where the virus has been in the wild since the early 1990s the disease has since spread rapidly amongst the rabbit population.

Vaccination against VHD is very successful and a rabbit can be vaccinated from 3 months of age. A booster injection needs to be given every 12 months with vaccination being in order for pregnant rabbits.

Vaccination must be given before a rabbit contracts VHD in order to build up antibodies for immunity.

The vaccination is quick, easy and the rabbit hardly feels it.

There is no cure for VHD and as with myxomatosis, once contracted, the virus is usually fatal.

VHD can survive for a long time within the environment and air temperature can also play a big part in the durability of how long the virus can survive in its surroundings.

Any surviving rabbit will pass the virus onto other rabbits.

With VHD, as with Myxomatosis, it is against the Law to knowingly introduce the Virus into the habitat or a colony of wild rabbits.

This is incorrect since VHD is just as lethal to rabbits and they must be vaccinated against this disease, where possible.

It would be a shame to have your rabbit vaccinated against one virus, only for the rabbit to catch the other virus. 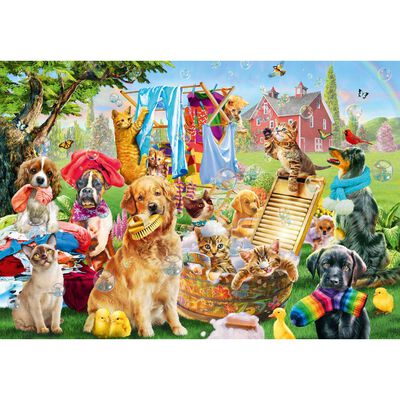