What breed do you think Mr Rabbit is? 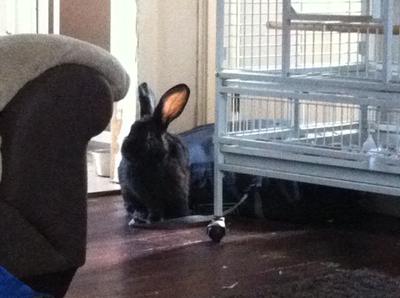 Well Mr Rabbit was originally Mrs Rabbitt until somehow my French lop miraculously had a litter of babies. (Note to self always get them checked first!)
Anyway we were also told by the breeder he's a continental giant but we aren't convinced. What does everyone else think he is? He's got a great character and loves spending time in the house as well as hopping round the garden and relaxing in the shade of the trees!
Thanks for any help